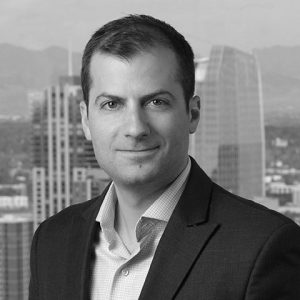 Mr. Wiechecki has been part of the TCP management team since its founding in 2012 and has overseen a wide range of activities, including over $2.0 billion of acquisitions, dispositions and corporate transactions, as well as the reorganization & oversight of the accounting, tax and regulatory compliance functions.

Prior to forming TCP, Mr. Wiechecki was a Vice President with Black Creek Capital, a real estate investment firm based in Denver, CO, where he developed financial projections and investment strategies for a variety of portfolio companies held by the company, including MRP Group.

Mr. Wiechecki received a B.S. degree in Chemical Engineering from Cornell University and is a CFA charterholder.